Ban on eugenic abortion in Poland: a crucial step to end discrimination against persons with disabilities

Until now, abortion was allowed when “prenatal examinations or other medical data indicated a high probability of serious and irreversible disability of the foetus or an incurable life-threatening illness.” Eugenic abortions in Poland make up most of the abortions performed each year, which mainly target children with Down’s syndrome.

Eugenic abortion constitutes a direct discrimination towards persons with disabilities, whose right to life is drastically threatened by the possibility to undergo abortion until the term of the pregnancy.

This decision of the Constitutional Court is in complete line with the international law, such as the United Nations Convention on the Right of Persons with Disabilities, which states in its Article 10 that “every human being has the inherent right to life and shall take all necessary measures to ensure its effective enjoyment by persons with disabilities on an equal basis with others”. The Polish Government and the Parliament have now the duty to propose and adopt a new bill which takes into account this decision.

FAFCE strongly supports the inherent right to life of persons for disability, like any other human person, and was therefore happy to co-sign a joint Letter on “The Principle of non-discrimination of persons with disabilities: one of the pillars of human rights”, together with other 109 international and national organisations. Our Federation welcomes the Polish Constitutional Court ruling, and stresses that it also included a call for the Polish government to give more support to sick and disabled children and their families. 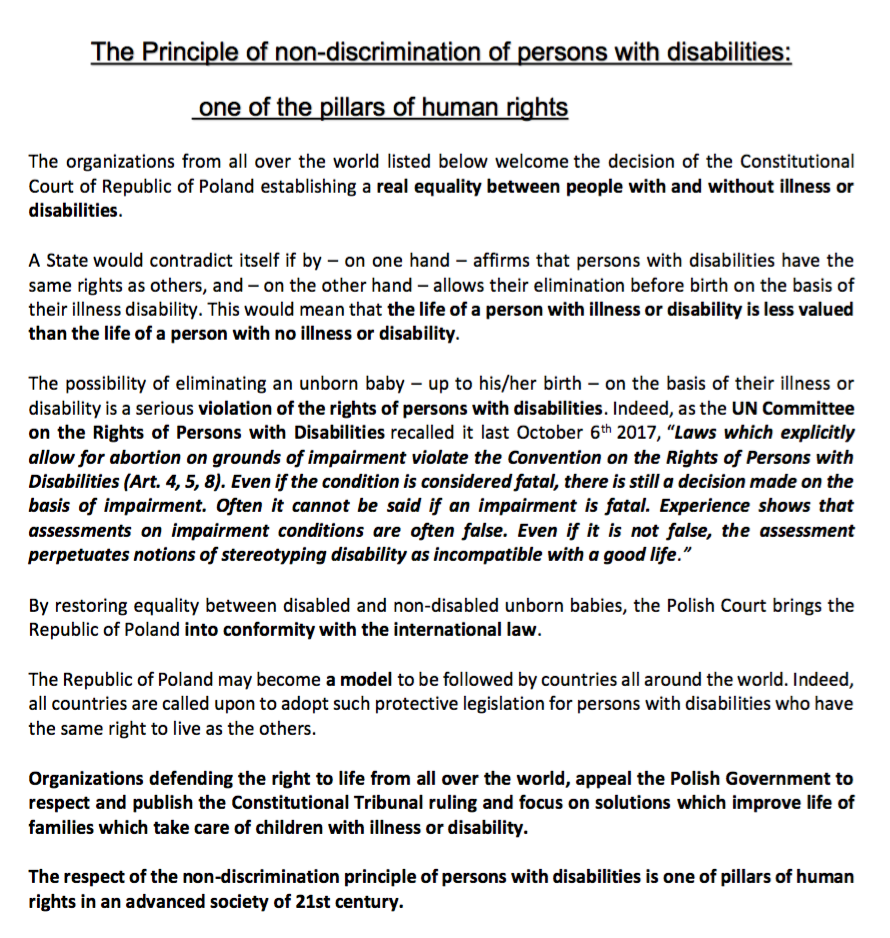