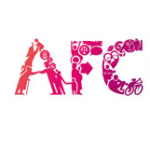 The last few months have demonstrated the importance of the family structure and the role of parents in their children’s education. French family associations therefore expect from the State to assist parents in their educational mission as first and primary educators of their children. For this purpose, CNAFC has been invited to attend a parliamentary hearing about the adaptation of family policies to

new challenges, and highlighted the necessity to diversify family services such as childcare, canteen or assistance for holidays and to reinforce measures to balance work and family life.

In addition, to maintain a community spirit despite the lockdown, CNAFC created a Facebook group called “Esprit de famille”, in which anyone could propose activities to keep the children entertained and spend quality family time. Parents were also supported in their educational mission by the active network of the “Chantiers-éducation”, which invites them to reflect on various topics, such as authority, forgiveness or digital use.

During the lockdown, Catholic family associations have also maintained their vigilance on the protection of children and have asked the government for concrete measures to deal with the issue of online pornography.

Moreover, CNAFC ensured that actions for the protection unborn life will be maintained even during the pandemic, with initiatives like the Quest for the Mother and the Child. CNAFC launched an online fundraising campaign, whose donations allowed the support of around 15 associations welcoming and assisting pregnant women in need.

Last, CNAFC remains actively committed to promoting respectful bioethics resistant to economic pressure. In the context of public health and economic crisis, the French Confederation of Family Associations underlined the inconsistency of the government, who tabled a bill aiming to change the bioethics legislation, instead of first resolving urgent problems such as unemployment or the failure of the health system. CNAFC wrote a letter to the French President to remind him of the priorities and the true needs of the society, which are not to satisfy the desire of a child at any price. 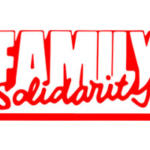 Marriage continues to change and decline in Ireland as the latest figures from the Central Statistics Office show. Fewer marriages are taking place, fewer are taking place in churches, more are taking place between people who were married before and are now divorced, and couples are older when they marry. (Same-sex marriage is now permitted.)

The crude marriage rate (number of marriages per 1,000 persons per annum) for Ireland was 4.1 in 2019. This is the lowest level on record and is below the EU average of 4.4. Less and less people get married proportionate to the population, and at a later stage. Just over 12% of opposite-sex marriages involved at least one divorced person. According to the latest available data, in 2018 there were 5,157 divorces or separations. This means that today there are about 20,000 marriages per annum and about 5,000 marital breakdowns, which is equivalent to one breakdown every four new marriages. This is not good news, although it is still a lot lower than in countries like Britain, or France, or Sweden.

All those figures show that the institution of marriage is in constant decline and deep crisis. The social consequences of this phenomenon need to be considered in depth. 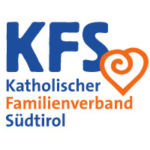 Even during the Coronavirus lockdown, the Catholic Family Association South Tyrol (KFS) continued its work undiminished.

With the beginning of the coronavirus crisis, the KFS, together with the Alliance for the Family, collected the concerns of families and advocated for the establishment of a Family Crisis Unit, consisting of representatives from politics, the family and social sector, the economy and education, in order to develop concrete solutions to relieve the burden on families.

In addition, the babysitter platform “Familien-Jolly“, founded by KFS, has been active since 20 May 2020 and registered 1000 hits on the first day alone. In the meantime, more than 170 babysitters and over 80 parents have registered. The aim of the free babysitter platform is to provide adequate childcare throughout the country.

Moreover, a crisis catalogue was drafted and sent to the Provincial Governor and Government, and the South Tyrolean senators and parliamentarians, which, among others, calls fo

r greater financial support for families and concrete solutions for educational and care facilities for the new start in the Fall. 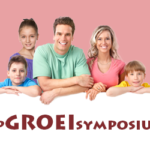 Preparation of the 4th edition of the OpGROEISymposium: The symposium aims to support educators in general (parents, teachers and leaders of youth groups) in their task of sexual education. The idea behind this symposium finds its origin in the fact that concerned parents and others persons united in a petition against a secular program on school TV (Dokter Corrie) on sexual education. The symposium aims to put emphasis on the beauty of sexuality from the Christian perspective and the anthropology that stands behind this Christian view, especially in the Theology of the Body of John Paul II. The talks and workshops cover anthropological, educational and political topics and also media. Encounter and networking is another important aspect of the one-day symposium. 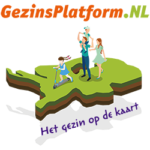 The platform aims to support families by giving them ‘a voice’ in the media and towards politics. Until now, the Netherlands did not have an organisation uniting families to represent them in politics and media. At the ‘birth’ of Gezinsplatform.nl last year, when we gathered with many families and some politicians, the platform was given a more stable structure both in organisation (foundation) and activities. A little Committee prepares annual meetings of members (organisations that support families) and an annual meeting for the donors, which are the families themselves. Also, some opinion articles where published in national newspapers on family-topics and an instrument is in preparation to measure the effects of laws on the wellbeing of families on the juridical and financial level. To strengthen the relevance of the GezinsPlatform, an ongoing effort is undertaken to get more and more organisations and people involved. 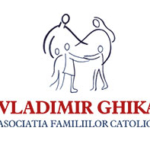 In April 2020, during the Covid-19 Emergency State in Romania, some people in the Romanian Parliament tabled an amendment to the Law no. 272/2004 for the protection and promotion of children rights, stating that Sexual Education will be mandatory in all schools on a regular basis. Surprisingly, the law was voted.

Together with other partners, such as the Catholic Action and Association of Catholic Doctors from Romania, our Catholic Family Association Vladimir Ghika had been tried to change the situation. On the 29th of May, we sent letters to all Party Groups Leaders from the Romanian Deputy Chamber in order to vote for a new Amendment on this freshly-adopted law with two changes:

Thanks to God, the vote in the Deputy Chambers of the Parliament on this amendment was voted on the 2nd of June. We are now waiting for the promulgation of the law by the President of the country.

As a conclusion, we need to do more for a solid Christian education of our children in the schools for life, affectivity and hygiene in these times. We are planning to publish our own books as Manuals for the schools, adapted to various ages.

On June 7th, Enraizados participated, in its capacity of member of FAFCE, to the IV European Schuman Festival, organized by The Institute Schuman Thoughts. In that context, one of our representatives intervened in Panel 11, entitled “Fighting the pandemic of killing unborn children and care for living conditions of children” and made a brief presentation on the Spanish legislation on abortion and of the measures undertaken by different pro-live associations to fight that phenomenon. Several Polish politicians attended the panel and showed particular interest in the activities of the so-called “rescuers” who give important information and a helping hand to women intending to enter abortion clinics.

With regards to future activities, Enraizados has organized and is planning to launch between September and December 2020 a course in “Christian Leadership”. This course is intended for young people interested in leading their own lives and for adults who wish to contribute to the common good.

Last but not least, Enraizados is going to send Spanish flags with the Sacred Heart of Christ to families, so they could put them on the balconies on special occasions, such as the Hispanic Day, on October 12th.